For this week’s Big Write, the children in the Upper Juniors were combining all of the skills they have learnt over the past four weeks and were writing a story.  After learning all about the key ingredients in tension, how to write vivid description (including verb starts) and working hard to perfect their speech punctuation, the children were faced with the task of writing a story with the title ‘If Paintings Could Speak…’

I was particularly impressed with Ben and Emily’s writing this week. Emily worked hard to think about an interesting resolution to the problem of a weeping Vincent Van Gogh portrait (involving giving him Mona Lisa as a buddy to cheer him up) and how she really worked hard to convey the main character’s emotions throughout the story. I was also very impressed with Ben’s Big Write this week too. He worked particularly hard at his tension paragraph and included some great techniques including: repetition for effect, clues to how a character is feeling and even an ellipsis. Both Ben D and Emily H have earned themselves Dragon Points and P.Bs. Well done! 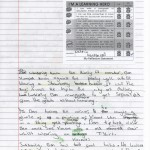 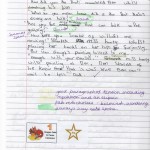 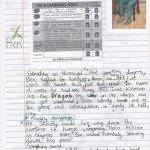 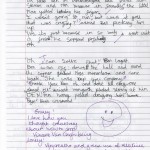 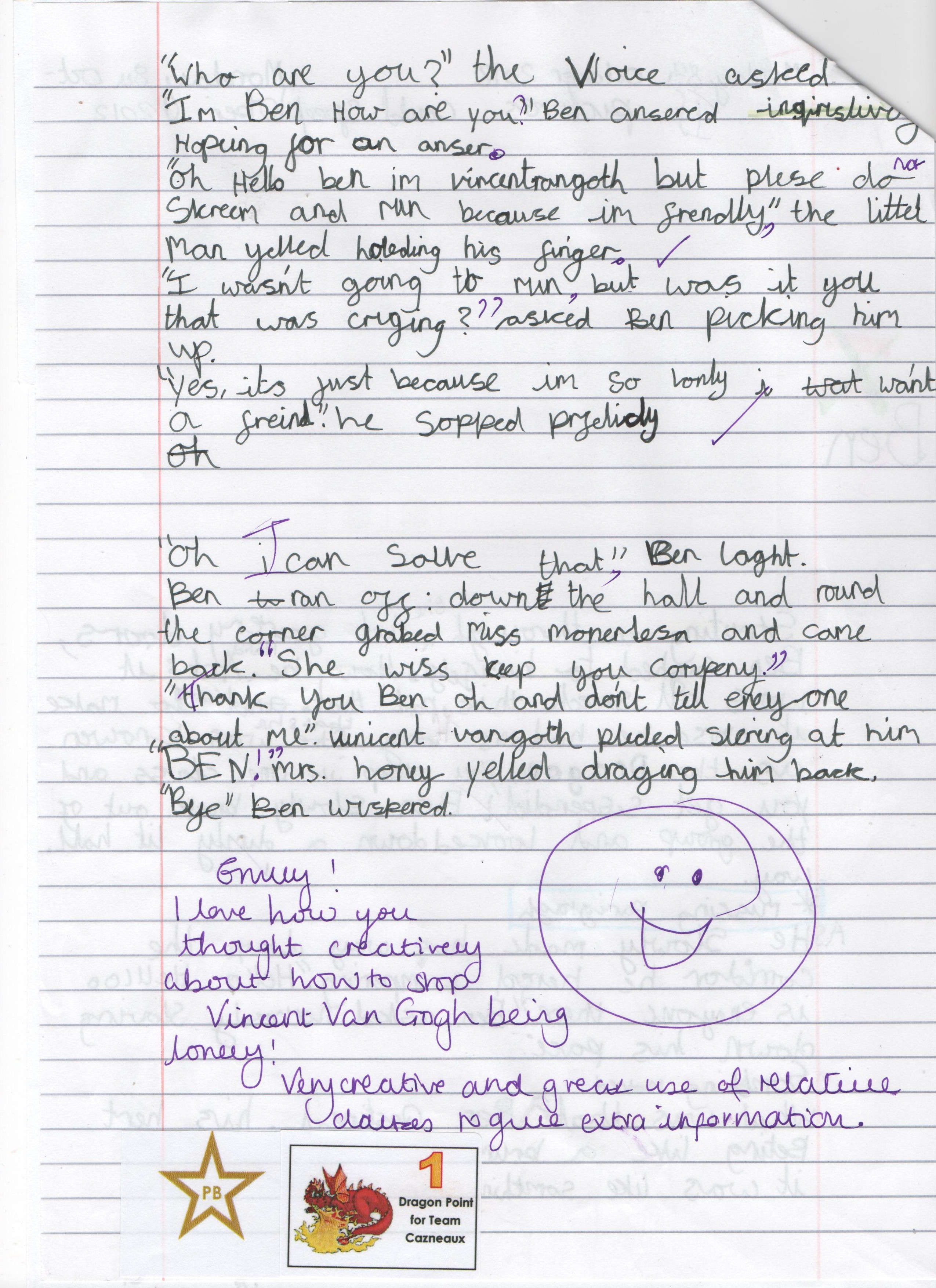 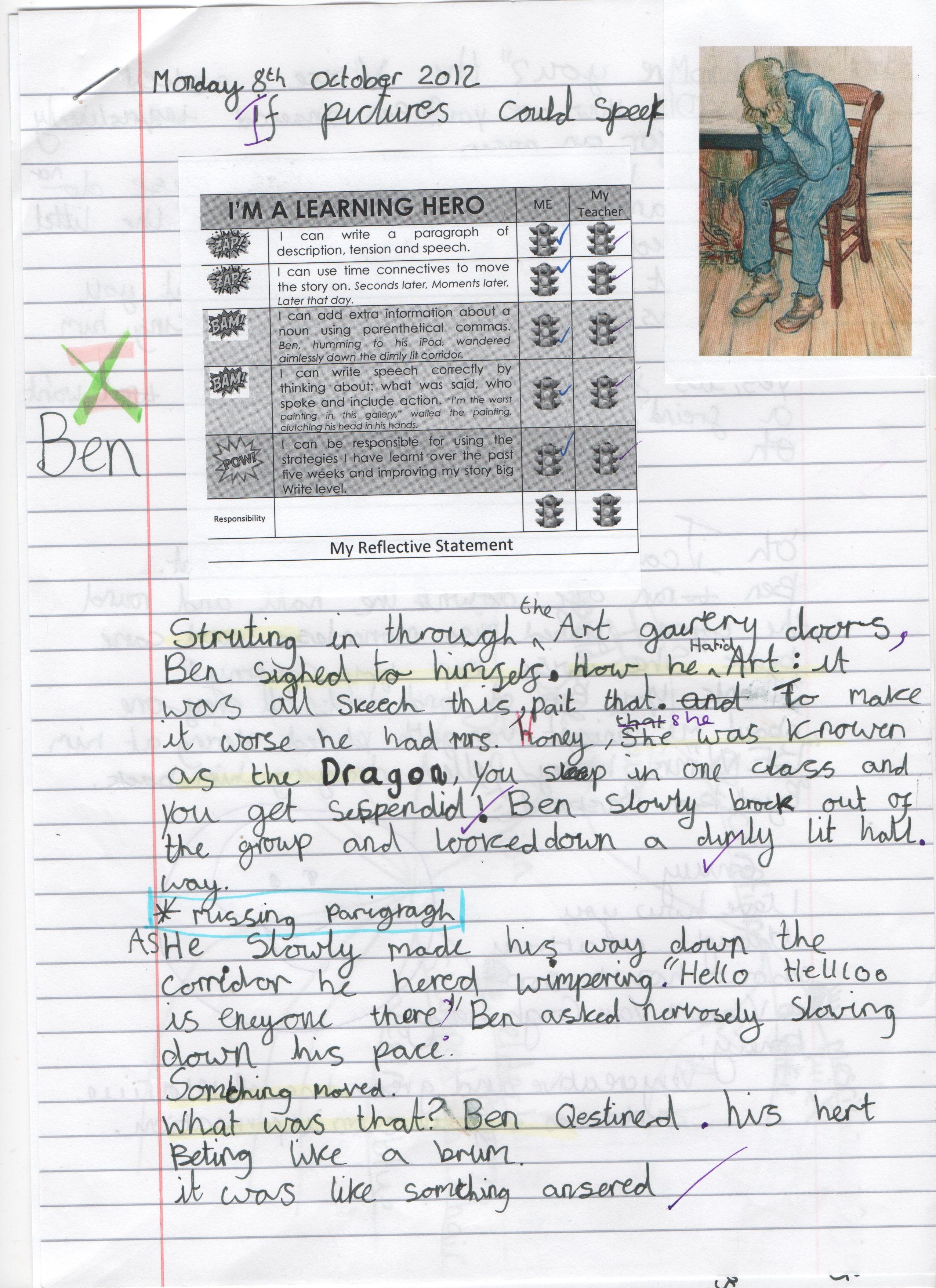 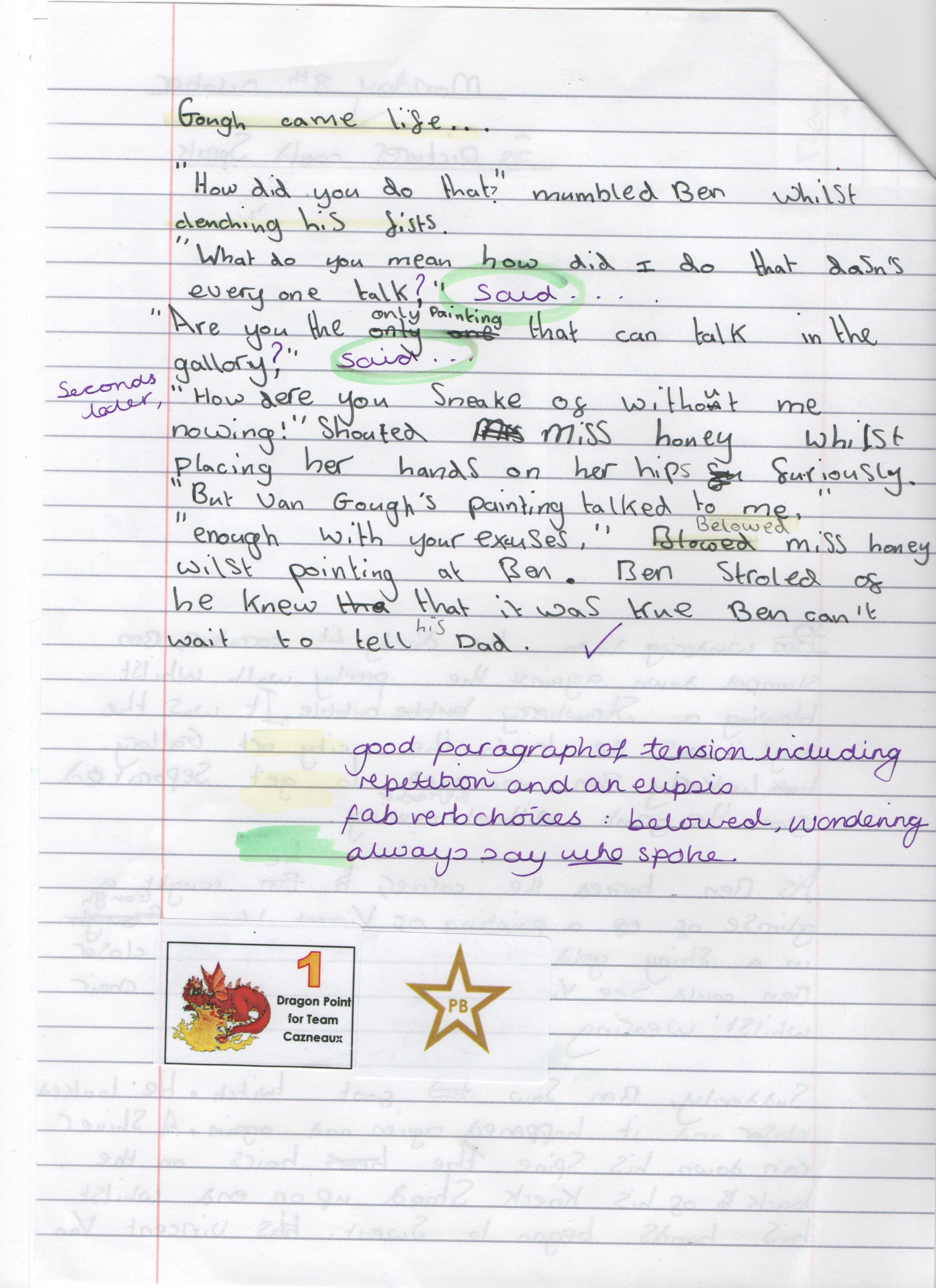 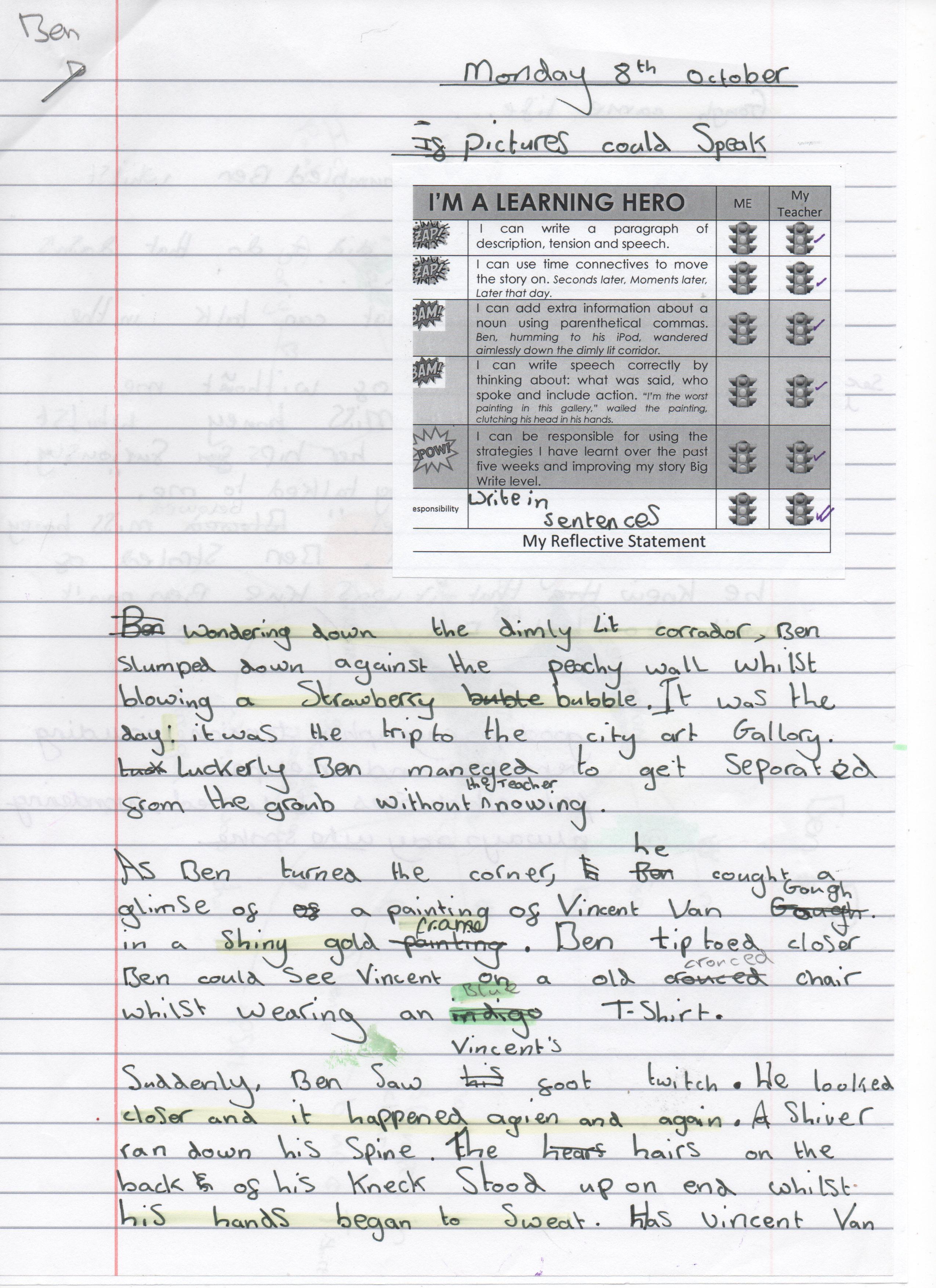 9 Responses to Team Cazneax Dragon Writer’s of the Week